Hubble – now 17 years old has a successor due to be launched in 2013 – The James Webb Space Telescope (JWST).

We can’t quite work out how much more powerful than the Hobble it will be but here’s a quote from Nasa: “Clearly we need a much bigger telescope to go back much further in time to see the very birth of the universe,” said Edward Weiler, director of Nasa’s Goddard Space Flight Centre. 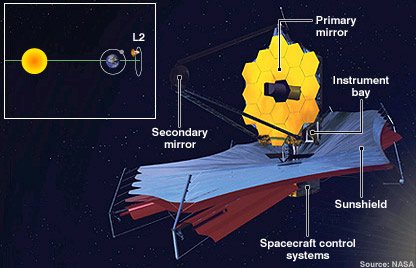 Make sure this account has posts available on instagram.com.

Over 25 years of experience in creative and technology innovation. I founded one of Australia’s most successful digital agencies (Razorfish Sydney). New startup (Laava) will be launching fully in 2019.